After a summer spent trying to prevent a catastrophic war among the Greek gods, Percy Jackson finds his seventh-grade school year unnervingly quiet.  His biggest problem is dealing with his new friend, Tyson—a six-foot-three, mentally challenged homeless kid who follows Percy everywhere, making it hard for Percy to have any “normal” friends.

But things don’t stay quiet for long. Percy soon discovers there is trouble at Camp Half-Blood: the magical borders which protect Half-Blood Hill have been poisoned by a mysterious enemy, and the only safe haven for demigods is on the verge of being overrun by mythological monsters. To save the camp, Percy needs the help of his best friend, Grover, who has been taken prisoner by the Cyclops Polyphemus on an island somewhere in the Sea of Monsters, the dangerous waters Greek heroes have sailed for millennia—only today, the Sea of Monsters goes by a new name…the Bermuda Triangle.

Now Percy and his friends—Grover, Annabeth, and Tyson—must retrieve the Golden Fleece from the Island of the Cyclopes by the end of the summer or Camp Half-Blood will be destroyed. But first, Percy will learn a stunning new secret about his family—one that makes him question whether being claimed as Poseidon’s son is an honor or simply a cruel joke.

About: Percy Jackson and the Olympians: The Sea of Monsters is a young adult mythology written by Rick Riordan. It was originally published on 4/1/2006 by Disney-Hyperion Books, an imprint of Hachette Book Group, paperback, 273 pages. The genres are young adult, mythology, fantasy, and fiction. This book is intended for readers ages 10 to 14, grades 5 to 9. There are five books to Percy Jackson and the Olympians series: book 1 was The Lightning Thief, book 2 was The Sea of Monsters, book 3 was The Titan’s Curse, book 4 was The Battle of the Labyrinth, and book 5 was The Last Olympian. Please see below for more information about the author and publisher.

My Experience: I started reading Percy Jackson and the Olympians: The Sea of Monsters on 2/12/2019 and finished it on 3/7/2019. I am again buddy reading this book with my son, though he has a 100 pages head start since he finished book 1 before me. This book is a great read. The Gray taxi sisters reminds me of the Knight Bus from Harry Potter, with their reckless driving skills. This book Percy also dreams of seeing but not believing whether what he sees is real or just a dream. In the first book, Percy dreams of the underworld, a place where his quest took him. In this book, Percy dreams of Grover being in trouble and it then leads him on his journey there to rescue Grover. I love the humor of the cell phone snakes: Martha & George. The unexpected siblings is interesting as well.

This book is told in the first person point of view following Percy Jackson as he nightmares through a scary dream of monster chasing his friend Grover whom he hasn’t seen since last summer. He is now at a new school and having a new friend named Tyson, another friend that others like to bully and Percy would have to stand up for. On Percy’s last day of seventh grade, a few monsters come by to visit Percy and the school gymnasium got blown off. Annabeth comes to rescue Percy and brings him back to camp Half-Blood. There is trouble at Camp Half-Blood this year where Thalia’s tree (Zeus’ daughter) is being poisoned. Percy’s favorite Latin teacher, also a centaur Mr. Chiron is being fired and a new unbearable replacement is there. A golden fleece is just what the camp need to cure Thalia’s tree and the quest will be given to the chariot race winner.

Percy Jackson and the Olympians: The Sea of Monsters is very well written and an adventurous read. I like reading this series so far because the read feels personal, as if Percy is talking to his readers. I like how the author let us catch up to Luke and Clarisse at unexpected places. I like the unexpected family ties and the bits of advices on family from Percy’s own realization to Herme’s explanation. I enjoy the adventures in this book with the sirens and the circe. Cyclops are introduced in this story and they resemble those kids who are born with disabilities. It takes awhile for others to adjust to them but I’m glad in the end, people are willing to love one another based on personality rather than their looks. Again, I recommend everyone to read this book! 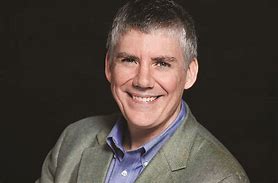 Rick Riordan, dubbed “storyteller of the gods” by Publishers Weekly, is the author of five #1 New York Times best-selling middle grade series with millions of copies sold throughout the world: Percy Jackson and the Olympians, The Heroes of Olympus, and the Trials of Apollo, based on Greek and Roman mythology; the Kane Chronicles, based on Ancient Egyptian mythology; and Magnus Chase and the Gods of Asgard, based on Norse mythology. Rick collaborated with illustrator John Rocco on two #1 New York Times best-selling collections of Greek myths for the whole family: Percy Jackson’s Greek Gods and Percy Jackson’s Greek Heroes. Rick is also the publisher of an imprint at Disney-Hyperion, Rick Riordan Presents, dedicated to finding other authors of highly entertaining fiction based on world cultures and mythologies. He lives in Boston, Massachusetts with his wife and two sons. Follow him on Twitter at @camphalfblood (Info obtained from Edelweiss and photo obtained from Google image search).

***Disclaimer: Reading books I own for a change.

2 thoughts on “Percy Jackson and the Olympians: The Sea of Monsters Review”