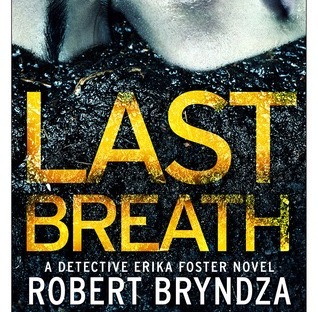 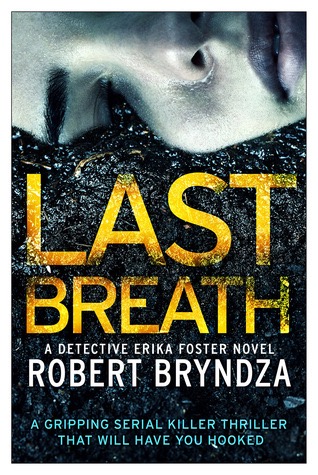 He’s your perfect date. You’re his next victim.

When the tortured body of a young woman is found in a dumpster, her eyes swollen shut and her clothes soaked with blood, Detective Erika Foster is one of the first at the crime scene. The trouble is, this time, it’s not her case.

While she fights to secure her place on the investigation team, Erika can’t help but get involved and quickly finds a link to the unsolved murder of a woman four months earlier. Dumped in a similar location, both women have identical wounds – a fatal incision to their femoral artery.

Stalking his victims online, the killer is preying on young pretty women using a fake identity. How will Erika catch a murderer who doesn’t seem to exist?

Then another girl is abducted while waiting for a date. Erika and her team must get to her before she becomes another dead victim, and, come face to face with a terrifyingly sadistic individual.

About: Last Breath: A Detective Erika Foster Novel is a thriller written by Robert Bryndza. This is book 4 in the Detective Erika Foster series. It was recently published on 4/12/17 by Bookouture, 281 pages. The genres are crime, mystery, and thriller. In the publisher area of NetGalley, it indicates that “Bookouture are a digital imprint providing entertaining, emotional stories that effortlessly transport readers to another world and keep them turning the pages.” Please see below for more information about the author.

My Experience: I started reading Last Breath: A Detective Erika Foster Novel on 4/17/17 and finished it on 4/25/17. This is book 4 in the series and I read it without reading the first 3 books. I have no problem understanding the story. The killer & victims are new and the police force are constant characters in the series. Their story continues and I able to understand enough of what goes on previously with Erika regarding her personal & professional life. It’s okay to read as a standalone or in a series, but read as a series is recommended so that readers can follow the characters development.

In this book, readers will follow Detective Chief Inspector Erika Foster as she struggles with her personal and professional career. Once her career picks up, she’s assigned to find the killer that left these young women in dumpsters across London. Erika and her team zero in on the killer and often caught the tail end of it all. There were many close calls but the killer was able to get away and able to set sight on the next victim. Readers will be able to follow the killer around and see what takes place around the life of a killer. This book has third person point of views as well as the two main characters. There were many introductions of new characters because of new witnesses and victims.

This story occurs during winter in London and it seems every chapter the snow begins to fall. At 42%, when describing Ella wearing a purse on her shoulder, one paragraph was “slung over her shoulder” and the next paragraph, it was “slinging from her shoulder”. I didn’t like that Bryony make the decision to go grab a knife instead of lock herself in a room as self defense. I didn’t like how two police shows up without the killer noticing them and still got shot. However, I do like the close calls of witnesses catching glimpses of the killer. I do like the police figuring out bits and pieces of the killer. For the killer to target social media, it would have been more interesting if one of the police raid the social media, but I guess that may be difficult. It could’ve been more interesting also if police could be one step ahead of the killer instead of only behind. This book is still a good read and I do recommend it.

Pro: different POVs including third person, backgrounds on the victims and even those who found the victims, the close calls, the killer’s steps taken, some humor, epilogue 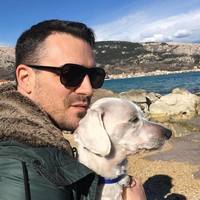 Robert Bryndza is the author of the international #1 bestseller The Girl in the Ice. The Wall Street Journal and USA Today bestseller is the first book in the Detective Erika Foster series. The Night Stalker, and Dark Water are the second and third books in the series, and the fourth book, Last Breath, has just been published. Robert’s books have sold over 1.7 million copies and have been translated into 26 languages. In addition to writing crime fiction, Robert has published a bestselling series of romantic comedy novels. He is British and lives in Slovakia.
You can find out more about the author at http://www.robertbryndza.com and on Twitter and Instagram @RobertBryndza
(Info and photo obtained from Goodreads).

***Disclaimer: Many thanks to the author Robert Bryndza, publisher Bookouture, and NetGalley for the opportunity to read and review. Please assure that my opinions are honest. 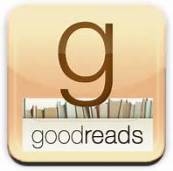